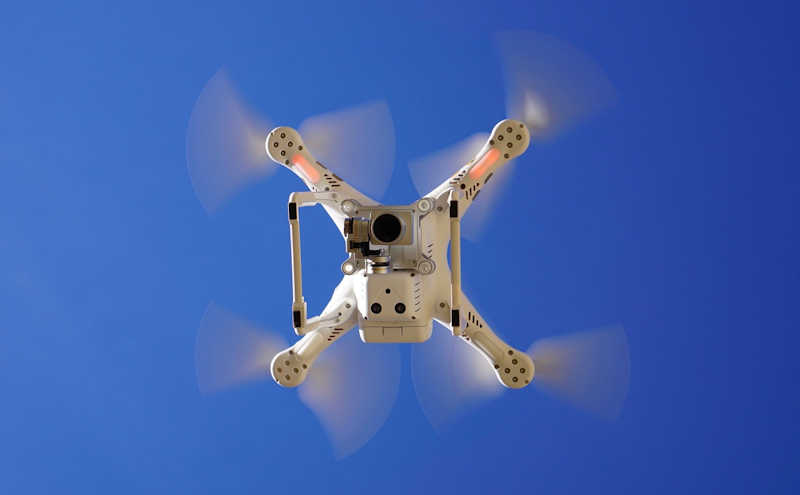 Counter-drone technology, also known as counter-UAS, C-UAS, or counter-UAV technology, refers to systems that are used to detect and/or intercept unmanned aircraft. As concerns grow around the potential security threats drones may pose to both civilian and military entities, a new market for counter-drone technology is rapidly emerging and in fact is where, alongside Urban Air Mobility, a lot of the hype in the technology industry currently exists. But how relevant is this for the construction industry?

A lot has been made of the Gatwick incident of 2018 and the criminal exploitation around smuggling contraband into prisons, or near misses between drones and manned aircraft (though this raises an interesting question about the verifiability of such stories, which we’ll return to later on). Note this article will solely focus on the civilian application of C-UAS, much has been written about the military aspects elsewhere.

In a market survey conducted in 2015, there were just 10 dedicated counter-drone systems available for acquisition. There are now over 500 systems on the market, in part because venture capital firms have taken an interest in the sector. The end result is a myriad of companies now offering C-UAS products in a $6bn market.

C-UAS comprises 4 main elements, often abbreviated to DTIE – Detect, Tracking and Identification with an Effector. The majority of market solutions concentrate on the Detecting and Tracking – which for construction situations is most important. Any means of disabling a drone whilst in the sky is not permitted in the UK via the Air Navigation Order and so will be only briefly covered here.

It is important to note that there is no silver bullet for any one individual detection method, no matter what any manufacturers state. For Critical National Infrastructure Sites (CNI) some suppliers have been evaluated by the Centre for Protection of National Infrastructure (CPNI) – although many have not due to the long lead-in time of these less agile mechanisms for evaluation, and none exist for Effectors. Coordination at a national level is done via the Joint Security and Resilience Centre (JSaRC).

The main technologies used for detecting and tracking are as follows:

Many solutions are being developed that combine sensors in a form of fusion. However questions that should be asked for any C-UAS include; range, price, resilience if attacked, installation setup, customer support, effectiveness but also what’s the customer need – as simply saying I want to ensure you defend my property against all drones just isn’t possible for any site in the UK.

In a 2019 study of over 500 C-UAS systems, not a single C-UAS manufacturer would provide details about their product’s performance in real-world use. This information vacuum makes it difficult for would-be C-UAS owners to know what actually works and what doesn’t, anticipate potential issues, and select a system that is best suited to their needs.

Dealing with a rogue drone comes with a number of legal issues (covered later) but some of the technologies includes jamming (RF or GNSS/GPS), spoofing which takes over control of the targeted drone, lasers, nets or projectiles or even a collision drone. As may be self-evident, interfering with any aircraft in flight is fraught with hazards and only a few sites in the UK should consider these options. An effective intelligence system will be of far more use than physically dealing with a drone itself.

The primary use of C-UAS in civilian environments has involved airspace protection at airports, security during large events such as party conventions and sports games, VIP protection, and counter-smuggling operations at prisons.

But is it considered expensive; in a 2019 study, out of 123 C-UAS products for which pricing information was available, 77 cost more than £100,000. Equipping Germany’s 16 busiest airports with drone detection systems would cost upwards of half a billion euros. Personnel training, maintenance and staff time to operate the counter-drone system, all incur significant additional costs.

As these proliferate, espionage and industrial secrets become just as vital to protect, as evidenced by alleged Russian and Chinese engagement from USA and UK security services. COMIT members should consider how to secure the airspace around sensitive facilities, port security, maritime security and use over industrial property.

The construction industries’ main challenge and that facing most COMIT members is one of enabling beyond-visual-line-of-sight (BVLOS) and tailored solutions to the operators and ultimately the clients, who see drones as data capture devices. This means operators need to feel comfortable that they can operate safely with any augmented data to help them make regulatorily effective safety cases.

The CAA will only permit BVLOS when an effective means of Detect and Avoid (DAA) is presented.

The second use of CUAS technology is more forwards-looking and one that commercial operators in the construction industry should consider to further what they can achieve. Given the CAA requires Conspicuity of all aircraft to permit Detect and Avoid – the options available are currently near zero. Iris Automaton has claimed a DAA system, but can that work for all situations and all drones or only the larger industrial types such as the Wingcopter.

There are already existing competing and incompatible EC standards/products with entrenched views and even with manned aircraft EC, there are often blind spots in transmission and receipt, and even with drone EC, manned aircraft pilots have no chance of seeing drones in sufficient time to take avoiding action if they are on a collision course.

A number of organisations are in the regulatory sandbox, others are doing small scale trials which may have been accelerated by Covid – but these often involve Temporary Danger Areas (TDAs) and are not scalable. There are also concerns about a drone Unmanned Traffic Management (UTM) ecosystem with many independent UTM providers covering the same areas, relying on comms between numerous backend cloud servers to provide real-time separation in the air. It is one thing pre-planning schedules and routes to ensure separation of cooperating traffic in advance, it is another thing altogether maintaining real-time separation between uncooperative non-EC traffic.

Manned aviation for years has relied on Ground-Based radar to safely separate aircraft, and C-UAS solutions have an opportunity to do the same for drones. For instance a linear asset could deploy a suite of mobile C-UAS units to secure a corridor where drones are operating BVLOS, and longer term they could be part of the national infrastructure the UK so badly needs to permit BVLOS operations, if done at the right price point to enable this.

Counter-UAS for the COMIT members and construction is something that must be included when developing your drone strategy or operational safety cases. Not only can it detect and ensure the skies above are clear, but it can help to make a much more robust safety case for expanding your scope of operations to BVLOS and automation.

LiveLink Aerospace is a COMIT member, because we believe that enabling flight safely, via a collaborative approach is much better than simply offering a standalone detecting unit that isn’t truly a part of the total systems approach needed, and at a sensible price point which is lacking in most corporate solutions so far. There is now a perception that credible C-UAS products are in the tens or hundreds of thousands of pounds that means they are not considered for day to day civilian operations, but this is not the case.